Thank You, 10 is an interview series brought to you by Audition Cat, an upcoming app with career management tools for the professional auditioning performer. Each article interviews an industry professional with a different experience and opinion about what the future of auditioning looks like. Through these conversations, we hope an image will appear about what’s next for the industry, and what it aspires to be. Have someone you’d like to be considered for an interview? Reach out to us Facebook, Twitter, or Instagram. 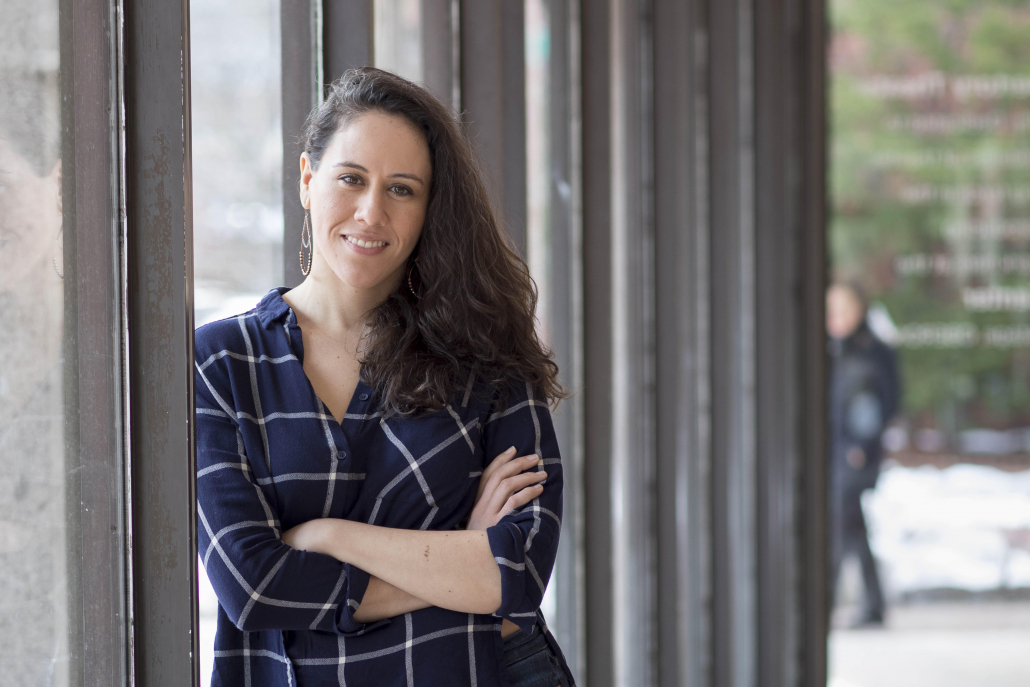 An album of the songs from Capsule, a theatre-film that premiered at Under The Radar/The Public Theater, that I co-directed with my husband, Tyler Dobrowsky, and the incredible writer/performers Peter Mark Kendall and Whitney White. An album I co-conceived with Daniel and Patrick Lazour call Flap My Wings: Songs From We Live In Cairo. Coming up on April 15 – May 9, a theatre-film, of A Play For The Living In The Time of Extinction by Miranda Rose Hall, at Baltimore Center Stage.

Getting to Know You

Who are you? What’s your artistic background / what started your journey into the arts?

I’m the daughter of an immigrant. I’m an artist. And I’m a cultural worker. My parents were worried about me as a child, and their psychic suggested that “Taibi should get into theater.” Hilarious.

When did you set out on your current career path?

When I was 17 years old, my acting teacher told me I was a director. I visited his rehearsal room later that night, and there it was: the rest of my life.

What is your “mission statement” as an arts professional? What drives you to continue in this industry?

My work is deeply invested in the skill of Imagination. I believe this skill is the theatre’s incredible gift to culture and humanity because Imagination and Social Justice are deeply intertwined. We have to be able to imagine it in order to fight for it.

Within your artistic profession, what other industry roles do you work with most closely?

I teach directing for my alma mater, Brown/Trinity MFA Program. And since the pandemic, I have been co-producing with my husband and artistic partner, Tyler Dobrowsky.

What do you wish was more widely understood about your profession?

Just because us theater makers love what we do, does not mean it isn’t also a job. The theatre-industrial complex takes advantage of this in countless ways.

In your experience, what is the most common pitfall that actors make with auditions?

Not even attempt to get off-book. When an actor is off-book I am naturally going to find them more engaging because I can see their face. Also, make physical choices! I want to be sure you will be collaborative in generating behavior with me.

I find self-tapes are not as draining to watch as a full day of auditions. Probably just because of the amount of energy I/we give to make the actor feel comfortable (which I love to do, it just is kind of draining). But, it’s a double-sided coin, because you also don’t get that liveness, that sense of being that exists in the in-between moments of an audition.

As self-tapes become more and more prevalent in the industry, for your profession, what are the main differences between in-person and virtual auditions? What advice do you have for actors who have less experience with virtual auditions?

I think virtual auditions are really valuable because it really opens up the field. Actors do not have to be in the same city, or at a specific place at a specific date/time. As someone who does a lot of work with actors of color, this is really exciting. The only drawback is that because of the framing, and lack of space or adequate sound, I don’t think virtual auditions give you the truest sense of their physicality, how much space the actor is capable of taking up. My advice for those new to virtual auditioners? Commit! I think these things are sticking around. Get the equipment that helps you make it an easy process! Do a lot of them so you can get good at it! And lastly, for me as a director, really getting the maximum amount of body in your frame is helpful.

If there was one piece of advice you’d give to any actor right before an audition or recording a self-tape, what would it be?

Treat it like a rehearsal. A well-prepped rehearsal. I’m treating it like one, so you can too.

How do you expand your “network”? When you interact with a performer for the first time, what inspires you, and what are you looking for in this initial interaction/audition to convince you to bring them back?

I watch things! I go see a lot of shows, I watch as much TV/movies as I can. I keep my ears open when people talk about what they’ve seen, if they pull out a particular actor’s performance, I’ll look them up later. What inspires me? Performers inspire me when they have a point of view about the work and the world. I don’t consider actors blank slates, I don’t want them to be blank slates. I want the whole of their humanity brought to the table, what makes them giggle, what makes them enraged. I want to sense an honest connection between the performer and the material. I also wanna know you’re gonna fight for this character. There’s a great quote I use a lot from Anne Bogart: “The actor directs the character, the director directs the play.” I’m also just looking for someone who I can talk to and enjoy exchanging ideas with. We don’t get paid enough to not enjoy going to work.

Looking to the Future

What excites you about the future of the arts and auditioning in particular? What are your concerns?

We really appreciate you bringing up this point. For performers there can be a lot of fear that if they turn down an audition they’ll never be asked again. In a world where actors are being asked to audition even more this could be exacerbated. In your experience is this something they should be worried about? How do you feel about performers turning down your auditions?

Oh, I don’t keep track of who turns down an audition. Sometimes I’m puzzled, if I really think the artist would be excited by the material. But I generally assume they have other things going on, or there are other offers on the table, or maybe they can’t afford to take a terrible paying off-Broadway contract. Maybe casting directors think about it differently than I do, but I certainly don’t hold it against an actor in the slightest.

They will be very prevalent. I predict most first rounds will be virtual/self-tapes. The things I prefer is that I can take breaks more often, and I can rewatch in order to give better notes for callbacks.

Self Tape setups are a financial and technical obstacle for many in our industry. For those who either can’t afford or don’t feel confident in the technical knowledge to use self-tape equipment, what advice can you offer to give them the best audition?

All that technical gak helps, but the performance will shine through. Just get enough light on ya.

If you could rebuild the audition process however you’d want, what would it look like?

I think we would pay actors to audition! It’s a hell of a lot of work. I know the rationale is probably “well, people don’t get paid to apply for regular jobs” But we’re not regular jobs! And a regular employee doesn’t work in an industry where they have to get a new job every 2-3 months! I also wish the industry worked in a way where I could spend more time with actors. Unfortunately, as it stands, to make ends meet I’m usually running show to show and barely have time for auditions. It’s a lie to pretend we can get to know each other in 10 minutes.

That’s totally true. How do you personally get to know people, and folks you want to work with, without overextending yourself?

The arts industry has inherent barriers to entry including but not exclusively race, socioeconomic status/background, gender, disability, and more. How do you think the industry should evolve to make it a more accessible, equitable, and intersectional space for all? Especially how can we apply this to the audition process?

Want to join the discussion?
Feel free to contribute!

This site uses cookies. By continuing to browse the site, you are agreeing to our use of cookies.

We may request cookies to be set on your device. We use cookies to let us know when you visit our websites, how you interact with us, to enrich your user experience, and to customize your relationship with our website.

Click on the different category headings to find out more. You can also change some of your preferences. Note that blocking some types of cookies may impact your experience on our websites and the services we are able to offer.

These cookies are strictly necessary to provide you with services available through our website and to use some of its features.

Because these cookies are strictly necessary to deliver the website, refuseing them will have impact how our site functions. You always can block or delete cookies by changing your browser settings and force blocking all cookies on this website. But this will always prompt you to accept/refuse cookies when revisiting our site.

We fully respect if you want to refuse cookies but to avoid asking you again and again kindly allow us to store a cookie for that. You are free to opt out any time or opt in for other cookies to get a better experience. If you refuse cookies we will remove all set cookies in our domain.

We provide you with a list of stored cookies on your computer in our domain so you can check what we stored. Due to security reasons we are not able to show or modify cookies from other domains. You can check these in your browser security settings.

These cookies collect information that is used either in aggregate form to help us understand how our website is being used or how effective our marketing campaigns are, or to help us customize our website and application for you in order to enhance your experience.

If you do not want that we track your visit to our site you can disable tracking in your browser here:

We also use different external services like Google Webfonts, Google Maps, and external Video providers. Since these providers may collect personal data like your IP address we allow you to block them here. Please be aware that this might heavily reduce the functionality and appearance of our site. Changes will take effect once you reload the page.

The following cookies are also needed - You can choose if you want to allow them: